MY SECOND ANSWER TO YVES PLASSERAUD

Didier Bertin: Reply to Yves Plasseraud re Holocaust in Lithuania

No more excuses for the policies and provocations of the Lithuanian authorities! 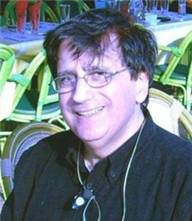 I want to thank my (French) compatriot, Yves Plasseraud for taking the time to reply to me. He also mentions in his reply that he had helped the organization of Lithuanian-Jewish events in the early 1990s, a most laudable achievement for which we are all in his debt. But being rooted in an earlier milieu can truly rob one of the perspectives needed to see when unwanted changes occur.

What Yves Plasseraud saw at conferences in the early 1990s does not harmonize with what has been happening in Lithuania in the last few years.

As Yves Plasseraud knows Lithuania from period after the end of Communism he had probably witnessed the fact the Lithuanian citizens expelled from USA from the years 1990 because they were war criminals were all left free when they went back to Lithuania after having being stripped of US citizenship. I read and was told that many received hero’s welcomes. What did Yves Plasseraud think of these events?

What does Yves Plasseraud think of the defamation campaign that started from 2006 and proceeds until now against Holocaust survivors? On August 30th 2011, Interpol was sent by Lithuanian authorities to disturb an 86 year old Holocaust survivor and veteran of the anti-Nazi resistance.

I am glad to learn that there exist museums making reference to the Holocaust other than the green house, but the Holocaust was unknown for the Genocide museum when I visited it. And now, there is just one little cell in the basement opened last month after the very campaign by human rights experts that so upsets Plasseraud. The new basement “Holocaust cell” (unannounced on the main floor from any visible place) does indeed mark the Holocaust while distorting or denying completely the important local complicity that led Lithuania to have the highest extermination of all Europe (more than 95%).

4―No other countries of the EU threaten of two years of prison for those who do not share its opinion on the Holocaust and on the so called “Soviet genocide of Lithuanians”. This threat is more typical of such dictatorial States as the former the communist countries. Even Hungary, now ruled by a far-right government, will limit in 2012 the threat for similar reasons to the exclusion of educational systems.
5―No other countries of the EU have discontinued or fired professors at university as Lithuania did because they did not agree with the opinion of the government.

6―No other countries of the EU have declared a year of commemoration and honour for members of militias who participated in the perpetration of the Holocaust (let alone for groups like the Lithuanian Activist Front that began the butchery in many locations before the Germans even arrived).
7―No other countries of the EU authorize neo-Nazi parades on the main boulevards of their capital during their National Day.

Yves Plasseraud, as a friend of Lithuania owes to the fine people of this country to abandon apologetics and hold this country to the same high standards he would desire for our own country –France – or any other European country.

Membership of the EU involves rights ― in particular the European subsidies and duties ― in particular in respect of its Charter of Fundamental Rights especially since the treaty of Lisbon signed in 2009.

The European Union is still under construction and has not yet the bodies, which would permit it to efficiently monitor the harmony of the application of democratic rules in each of its numerous member states, but we do think it will come soon. It is vital for the EU to be not only an economic association. Human rights must remain high on the agenda.

The Lithuanian authorities are
better than most in the region

I would like to answer briefly to the paper of my compatriot Didier Bertin, posted in VilNews on October 15. Discussion is always positive and I welcome his contribution.

I would first like to point out that my incriminated paper only concerned the attitude of some intellectuals vis-a-vis the Holocaust question in Lithuania and by no means « the martyrdom of the jewish people » in itself.

Now, concerning Bertin’s reaction, I note that although many points he raises are unfortunately true and worth mentioning,  I cannot agree with him on several issues :

The Lithuanian authorities are certainly not 100% right in their treatment of the jewish question, but, they are better than most of their counterparts in the region. Presidents Landsbergis and Brazauskas were among the first head of states of Middle Europe to admit WWII crimes again Jews from the part of compatriots and to apologise for them.

I certainly never obliterated the participation of Lithuanians in the Shoah, current neo-nazi parades or the danger of the Double génocide notion. On the contrary, I often denounced them. To mention only one french publication, see the Histoire de la Lituanie,  Un millénaire (Armeline, 2009), which I  directed : chapters X (A. Anusauskas) & XI (A. Bubnys) on WWI and the Shoah.

The Green house is not the only museum carrying exhibits about the Holocaust : The Panerai museum, the Naugarduko Tolerance Center, and now the Genocide Museum should also be mentioned.

I would be interested to know more about « the many other negative facts »  which I forgot in this respect.  I have been active in this field for more than 25 years and I do not have the impression to have ever treated the question lightly. I would only remind M. Bertin that, in 1993, I was among the organizers of the first post indépendance conférence in Vilnius on the topic of Lithuanian-Jewish relations1 !

1 See the Acts of the conférence : Atmintes dienos. The Days of Memory, Baltos Lankos, Vilnius, 1995.