A mix of History resilience, lack of references and habits

We have mentioned in our 2010 Survey of Brazil, how much human conception should evolve there and how much a country built on Slavery has difficulties to free itself from the past.

The different signals we have mentioned in were:

2-The Favelas, became an official institution accepted by everybody despite they have no official existence. Their number may only increase as a result of States disparities, rural Exodus and low remuneration not enabling poor people to have access to housing

In my opinion “the general tolerance of misery is worst than misery.”

By slaves we mean people prisoners of others and forced to work without rules and without remuneration.

We would like to add as 4th signal the servants’ life conditions:

-For approximately € 200, any poor or rich family may have a permanent servant who is most of the time a black and illiterate woman.

The servant utilization is a wide habit and even low revenues people may think that they have an absolute need of a servant to make usual tasks at home. We heard about a person earning € 1000 per month and thus paying 25% of his revenue to have a servant.

The conception of humanity in this case is also reflected by the traditional housing condition of servants:

Old and recent buildings with numerous flats generally include “between the kitchen and a service entrance”, a place dedicated together to washing of clothes and to a servant. This place includes a tiny space and toilettes for the servant. The space where the servant sleeps is a kind of big square cupboard of approximately 1.70m/1.70m i.e. less than 3 m2.

This tiny space is without window. The size seems to be calculated to include a berth of approximately 1.7m /0.80m and seems to fit the size of a woman of 1.60 m.

This space includes toilettes and independent entrance door in order not to disturb the privacy of the employer. This is why on a level of 2 flats for example we have generally 4 doors.

We were told that these spaces are less and less utilized by servants, who prefer to go back in their family if they can.

What can be done?

Many people justify their need for a servant as a way to give very poor people an occupation with a small amount of money, which might not have otherwise.

But this way maintains people in illiteracy, poverty, draws advantages from misery and does not bring a real solution to Lumpen proletariat.

If many people can pay € 200 per month for a servant and pretend to do it as a form of solidarity, we think that they can pay an equivalent additional tax instead to raise an Education Fund. This Fund should permit servants to have a skilled training in a more useful sector for the country. 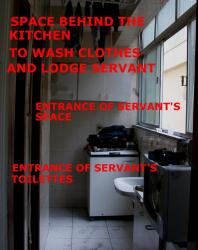 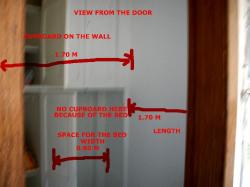 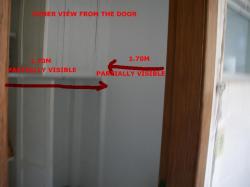