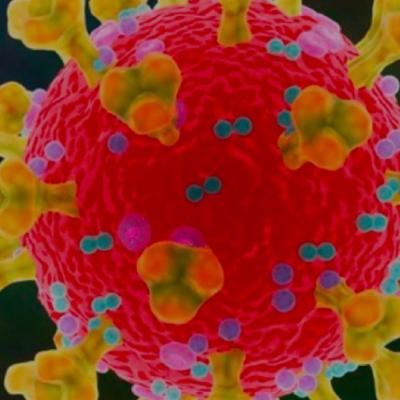 THE OBSEDING WALTZ OF NUMBERS

We are currently under a heavy and permanent fire of numbers whose obtaining is unclear and results in the development of an anxiety-provoking climate, which reduces the attention that we should be paid to other essential events on the national and international scene. The obsessive media repetition of the same information resembles the propaganda campaigns of totalitarian countries. Doubt eventually creeps in and makes the atmosphere nauseating.

The number of people affected by Covid is mentioned every day without indication of what viral load they are identified as such.

We can apparently distinguish two levels of charge:

1-People in whom there are traces of virus whose load is at such a low level that they can be excluded from the statistics of contaminated people.

2- People with a significant viral load to be considered as sick and contagious.

An artistic vagueness is maintained regarding the threshold of positivity and we must come back to the mechanism for evaluating the viral load.

The test generally applied to determine the viral load is the “Reverse Transcriptase -Polymerase Chain Reaction”, that is to say the RT-PCR.

A thermal cycler duplicates the viral genetic sequences of a sample and induces amplification per cycle to reach a fluorescence threshold value from which determines whether a patient is positive or negative.

This threshold is called Cycle Threshold or Ct and the problem is to determine at what level of Ct traces of viruses cause contagiousness. Contagiousness is possible as long as cultures are possible. At 35 cycles the probability of cultures drops to 8% and it can be considered that beyond that a person is not contagious. However, many reagents and equipment consider a Ct of 40 and artificially inflate the statistics of contaminated and contagious patients. The IHU of Marseilles (an international hospital institution specializing in contagious diseases) considers a Ct of 35 and that beyond that there is a risk of producing false positive tests. 43% of patients tested outside of the IHU and retested in IHU were considered false positives tests. In Israel the tests are more conservative but the Ct is 37 and not 40. The greater is the number of cycles; the lower is the viral load.

International statistics show for each country cumulative figures since the start of the crisis without automatically deducing the number of people cured and give unnecessarily large figures. Comparing the number of contaminated persons in each country without taking their national population into account loses all meaning. The percentage of cured people over the total contaminated people might be an approximate indicator of the efficiency of the health system by country.

The important figures are evidently the relative value and not the absolute value. The numbers of contaminated patients on a given date as well as of cured persons in relative value that is to say in proportion of national population and for example per 100,000 inhabitants are significant while their absolute value is irrelevant.

Lethality is a significant percentage figure that reflects the efficiency of a health care system provided if it relates to a population with which it is effectively correlated. We often see the presentation of cumulative lethality figures as cumulative contaminated people since the beginning of the crisis. In the event of a sudden increase in the number of contaminates people and on such bases the fatality rate will "mechanically and artificially" decrease because the newly contaminated people are in process of treatment and their fate has not yet been determined.

The effective number of contaminated people in relative value identified on the basis of an acceptable Ct can only allow meaningful comparisons. OECD countries could be relatively reliable. Each other country needs to be seen on a case-by-case basis to check if its numbers can be compared to those of OECD countries.

Many things have started to be learned from this crisis but "the day after" should be marked by a greater humility of the human kind of the twenty-first century caught up as in the twentieth century by the demons of a past that was thought to be over as well as a better acceptance of his finiteness. The long-term financial and economic burden of the crisis should serve as a reminder.

The leaders of many countries, especially in France, were overwhelmed by their lack of preparation and the people felt that there was no longer anyone at the helm. Completely contradictory official statements were made at the highest level. Rough measurements were improvised which mostly caused concern. Yet countries like Japan, South Korea and Germany have mastered the crisis calmly and at a low economic cost.

Medicine has shown its limits and in particular that it is not a Science but an Art user of multiple Sciences. Thus this Art could sometimes lack rigor and be surprising. Despite the crisis, the "Ego" war has continued and too often authority has supplanted efficiency.  As under the Inquisition, a medication "effective or not for Covid", but used systematically by a very large part of the world population was banned in France because its supporter displeased and went beyond the norms of the single thought. Yet only open minds can overcome new puzzles.

In this confusion, the media have maintained the dramatization of the climate that creates audiences and therefore income, while this can only lead in the short term to a drop in consumption and consequently to a drop in financial return of audiences.

It was time for philosophers to speak out in turn to keep the necessary distance from the origin of the crisis and allay collective concern.

The freedom to travel has been seriously called into question, moving in the direction of the great return to self-isolation and to nationalisms not very conducive to economic, political and social progress.

Israel has had to resolve to a second lockdown because of the irresponsible behavior of a minority part of its population imbued with religiosity and for whom traditions take precedence over prophylaxis.