GLORIFICATION OF THE WAFFEN SS IN LATVIA IN 2011

After the traditional Nazi parade in Vilnius on March 11, the ritual

participation of members of the Latvian Parliament

Who are the supporters of the trivial equivalence between Nazism and Communism initiated by the Prague process?

-Those who want the obfuscation of the Holocaust

-Those who continue to support the former collaboration

This trivial equation between red and brown is yet regarded with respect by the European Commission.

On 16 March the memory of Latvian Waffen SS has been honored by approximately 3,000 people including members of the Riga Latvian Parliament. Wreaths were laid in their honor at the Monument to freedom under the protection of the Latvian police official.

This event is recurring and authorized as the "Day of the Legionaries."

Photo showing Dzintars Rasnacs and Raivis Dzintars, members of Parliament at the

ceremony in honor of the Waffen SS 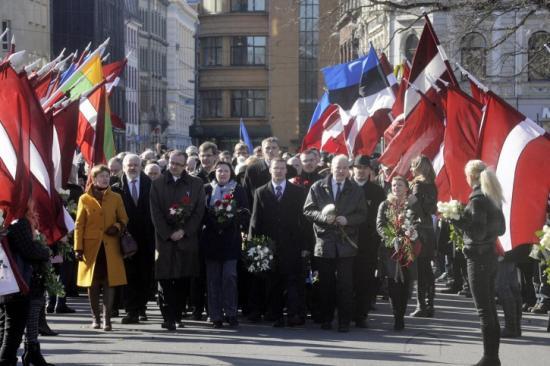 Under the protection of the Latvian police 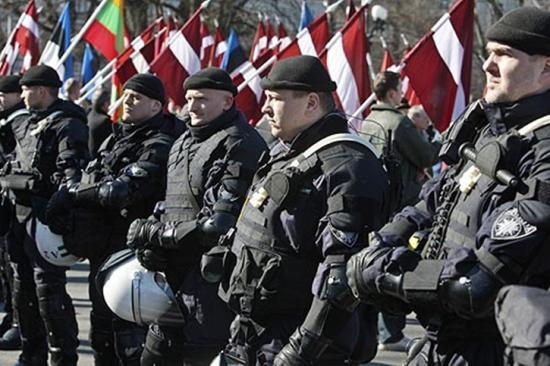 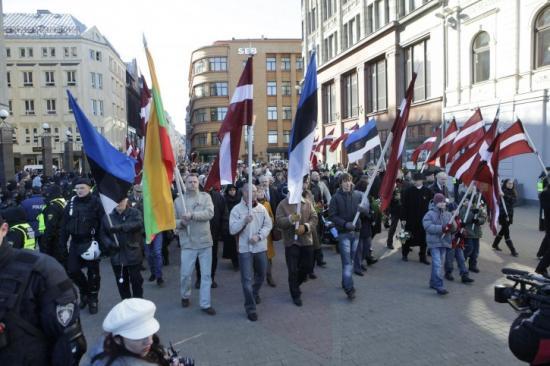