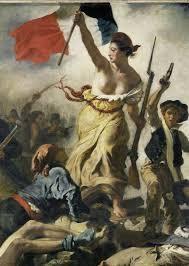 Presentation of the work of the Inquiry Commission of the Senate

On July 7, 2020, the French Senate Commission of Inquiry regarding Islam in France released its report. This commission was created on November 14, 2019 at the initiative of the Republican political group, which is the largest political group of the Senate. The purpose of this commission was to come up with proposals on actions to be taken by public authorities to combat the development of Islamist radicalization in France. The commission first wanted to make known the "worrying" progression of radicalization which leads to a violent development of a part of the Islamic community against the authority and values ??of the French Republic and to try to assess the cause of its development. Radicalization led to the emergence of Islamic separatism in the territories of the French Republic. The commission also noted that the action of the intelligence services is not well utilized and that local actors are unequally aware of this phenomenon. A first objective was achieved by the commission since the new Prime Minister Jean Castex took over in his general policy statement of July 15, 2020, the terms of “community separatism” that must be eradicated because they endanger the “unity of the Republic”; thus the new prime minister put an end to the artistic vagueness in which the presidential conception was evolving in this field.

A few days before the publication of this report, this situation may have been illustrated by the murders of a young “gendarme” (Police acting out of big cities) and a bus driver beaten to death by four individuals. Various sources indicate that the authors are of Muslim origin, but the lack of official information gives free rein to social media interpretations.

The Senate commission heard 67 people from associations, journalism and research as well as institutional actors and political leaders. Beyond individual convictions and experiences, the reality of Islamist radicalization has emerged from the multiplication of testimonies of the situation on the ground. This is a global phenomenon, according to the commission, and the wave of social and cultural re-Islamization of the Muslim world is being encouraged by foreign governments. This development would thus join the projects of religious brotherhoods which aim to transform mentalities through in-depth action in societies. Radical actors are said to amplify the resentment against the West world, "by presenting the promotion of Sharia (Muslim law)" as the defense of cultural authenticity against the “Westernization”.

This phenomenon affects particularly France because of "her history and values". The committee recalls in this regard that France is an “indivisible, secular, democratic and social Republic” whose cardinal principle is that citizenship takes precedence over any other affiliation, notably religious. Nothing in France can therefore justify that certain individuals define themselves first or only as believers. The commission intends to focus on behaviors which call into question “living together” and undermine “freedom of conscience”.

The commission notes the rise of a new orthopraxy among some Muslims and especially among young people with regard to worship, dietary restrictions, dress and appearance requirements. In addition, this phenomenon is accompanied for some by a desire to affirm in public their belief as at work, in school, in institutions and public services and which come into conflict with the laws of the Republic. A survey of IFOP (important French survey company) regarding Muslims in France and published in September 2019,                 shows that 27% of respondents believe that Sharia law should prevail over the laws of the Republic. In 2016, the Institute Montaigne in Paris (think tank on public policies in France and in Europe) considered that 28% of Muslims in France adopted a value system clearly opposed to the values ??of the Republic.

The commission's report states that "Islamism is beyond a religion, a political ideology imposing Islam as a political, economic and social norm, and that Islamists are the ones who propagate it." Islamists may be part of groups linked to movements known as the Muslim Brotherhood and Salafists or others with more vague allegiances. These groups push for confrontation with the French state and republican values. The commission adds that "radical Islam is polymorphic and permeates all aspects of social life" by availing itself of individual freedom. Beyond the police measures, the commission suggests a political response taking into account the fact that "France is not an assembly of minorities but a united nation”. The commission welcomes the development of the opinion of the President of the Republic who would mark his break with his criticisms of "revengeful secularism".

Among the hearings of specialists, we would like to give special attention to the enlightened explanations of Professor Youssef Chiheb, associate professor at the University of Paris-13 and Director of Research at the French Center for Intelligence Research. We mention below some significant extracts from his affidavit of December 3, 2019:

He specifies that there are Arabization courses which are, with the cultural events organized by consulates of foreign countries, a Trojan horse for the Islamization of children and minors in order to slow down their integration and assimilation into French society. He also mentions the ambiguous role of the CFCM (Conseil Français du Culte Musulman i.e. French Council of Muslim Worship) which would be "a compendium of orthodox and religious" and which would never have been clear on its position with regard to the cardinal values ??of the French Republic. According to him more than 60% of Muslims in France are secular and are not represented in the CFCM. Muslims who adhere to the values ??of the Republic would be threatened by radicals and in countries which favor radicalism.

He regrets the proliferation with impunity of Islamic websites on the internet which would promote terrorism and deconstruct the values ??of the French Republic. He indicates that for a long time the state's sole objectives were the fight against urban violence and urban renewal "leaving aside the treatment of radical Islam". He also regrets that foreign states can send imams to France imbued with Salafist doctrine or that of the Muslim Brotherhood or Wahhabism. He recommends breaking out of "political correctness" in relations with the Gulf countries, particularly Saudi Arabia and Qatar, the former exporting Wahhabism and the latter financing Islamism. He calls for foreign funding in favor of Islam in France, to be blocked.

Moreover, he deplores the ease with which thousands of people can get to the 214 “Markaz” (these would be training centers) that he has identified in the Maghreb and in Egypt and where people would be trained to radical Islam. On their return, these people would go in places that are generating crises and are vectors of radical Islam. The intelligence services have reportedly constantly alerted the authorities and the government of this situation. He also told the commission that radicals would infiltrate large French companies and mentions the example of RATP (Service of public transportation of Paris area). He clarified that the sermons in French are only a moderate versions of the original Arabic versions which include a high level of violence. This concealment is called "Taqîya". He indicates that while mosques are monitored, the 1,300 prayer rooms are not.

Professor Chiheb's information is supported locally by the affidavit of May 29, 2020, of Mrs. Nadia Remadna, President of the “Brigade of Mothers” and which gives a very concrete account of the problem of Islam in the city of Sevran in the department of Seine-Saint-Denis (a problematic suburb of Paris).

Mrs. Remadna is a social worker and educator. After her observation of a radicalization which was born in Sevran from where many young people left for Syria, she created the association the Brigade of Mothers in 2014. She indicates that her association has been threatened several times by local elected officials who told her that her action is disturbing and who ceded the premises of the Brigade of Mothers to Islamic associations. She says the situation is getting worse and added that if the problem cannot be solved locally, it will be much more difficult to find a solution nationally.

Radicalized young people would have to radicalize their parents and grandparents. Children have reportedly told her that they would like to join jihad when they are older because they believe that this is their duty. Some parents would be in awe of this speech from their children. Some people who seek to radicalize youth have managed to get elected locally or hold important positions. Arabic lessons, which are in reality Koranic lessons where young girls are required to wear a veil, are organized during the weekends. According to her, public schools should pose the problem of radicalization, as is done for the themes of women victims of domestic violence, delinquency and drugs.

Mrs. Remadna met Emmanuel Macron before his election as President of the Republic and spoke to him about the situation of the suburbs; she felt that he and she weren't living in the same country.

The commission, however, refused to engage in a debate on the structuring and content of the Muslim religion and therefore does not really go to the root of the problem.

Yet this is a question that cannot be avoided because the terms radical, Salafist in which "salaf" refers to ancestors and orthopraxy mean that the followers of these currents apply their religion to the letter. The rigidity of religion could therefore be the source of what the commission calls radicalization. Like the other two monotheistic religions it seems that Islam may evolve.

The orthopraxy of Christianity has also led in the past to acts of violence against minorities. On pressure from believers Christianity was changed by reform followed by the establishment of many Reformed churches which did not refer to a central authority. Rigid Catholicism, which was removed from its roots by numerous councils, evolved towards more modernity with the Council Vatican II from 1962 to 1965.

Judaism has also over the centuries accumulated in the diaspora works which have imposed rigid rules that have become anachronistic. Orthodoxy in this case may have been linked to a fear of loss of identity in exile. Judaism not being centralized, believers were able to create many Reformed synagogues which refer to Judaism in tune with the modern world. Reformed Judaism is gaining substantial scope in the United States. In Israel, many citizens are supporters of modern Judaism and would like to see an end to the monopoly of orthodoxy which interferes in the civil life of citizens.